About The Labiaplasty Training Institute 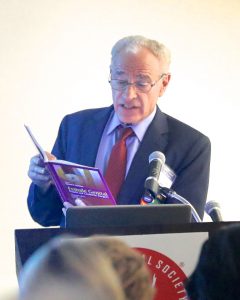 Though it was formally incorporated in 2017, The Labiaplasty and Vaginoplasty Training Institute of America, Inc™  (LaVaTI™) traces its genesis back to about 2009, when Dr. Goodman first began offering his formalized program to gynecologists, urogynecologists, plastic surgeons and cosmetic surgeons.

It started as a personalized, one-on-one program held at his offices in Davis, California combining didactic material with close observation of actual surgical procedures. This was the progenitor for the present version, fondly nicknamed “LaVaTI™.

The original idea for offering labiaplasty training was generated by the hundreds of unintentional and avoidable female genital mutilations that Dr. Goodman and his colleagues were increasingly observing. Most arose from the work of otherwise well-trained Board Certified ob-gyns who had received absolutely no training in plastic surgery technique, aesthetic reduction of robust labia/hood, or vaginal floor work for the express purpose of improving sexual friction and pleasure.

These surgeons apparently thought themselves able to take their skills at labial amputation and posterior colporrhaphy into the aesthetic arena, but were in fact woefully ill equipped for such intricate, specialized work. The result was many unhappy patients impacted by mutilations and ready to file malpractice suits.

The Institute was formed to provide proper labiaplasty training that would allow surgeons to succeed in the emerging field of Genital Plastics, as well as to help women safely achieve their aesthetic goals. It also freed surgeons from the tethers of present-day managed care practices by incorporating a fee-for-service model to their practice. The Institute allows a reproducible, formalized training program coupling one-on-one contact with an approachable, experienced and innovative surgeon and a well-experienced and knowledgeable staff partner.

The Institute is a California corporation. It has been evaluated and certified in a joint providership partnership arrangement with Medical Education Resources of Englewood, Colorado to provide (at no extra fee) up to 14.5 units of Category 1 AMA PRE credits.

About the Labiaplasty Training Course

The labiaplasty training course has evolved and improved over the last 10 years into its present sustainable 2-day format incorporating both didactic and clinical teaching. It covers patient acquisition/marketing; patient selection; patient expectations; patient and physician protection; pertinent anatomy and procedure design; viewing surgeries close-up and in real-time through narrated, over-the-surgeon’s-shoulder professional videos. The videos encompass labiaplasty in all its forms, perineal reconstruction, and vaginal reconstruction (vaginoplasty) procedures. Instruction is provided in labia majoraplasty, hymenoplasty and the O-Shot™ (Dr. Goodman is a Certified O-Shot™ instructor). Additional uses of platelet-rich plasma (PRP) and proper use of fractional CO2 laser and RF energy round out the course. (See “Prospectus” under Course Information). 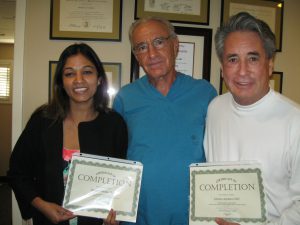 Every aspect of the course is usable, reproducible information. It is designed to give the practitioner the ability to become a self-sustaining independent practitioner and to succeed in the field of aesthetic gynecology. Dr. Goodman’s goal is to provide useful training in all aspects of this emerging sub-specialty.

One of the most unique, useful, and exciting aspects of the course is the opportunity for candid one-on-one conversations and the generous sharing of information, pearls and techniques from Dr. Goodman and Ms. Sanders-Pardi to the trainees and any of their office staff members who attend.

Training is held in Sacramento at the Homewood Suites Hotel, a 5-minute drive away from Sacramento International Airport.

The location of the training has been specifically chosen for easy access. While some attendees fly in the night before the course begins and leave the morning after, the course timetable is designed to allow attendees to take an early flight in on Friday and leave mid-evening Saturday, minimizing time away from their practices and families. A block of rooms are reserved for all three nights, or attendees can choose to stay for only one or two, as individually desired. Our facilities allow for intimate A-V viewing of course materials, as well as informal questions and deviation from the routine as individually appropriate. Dr. Goodman always makes time for individual questions and comments. 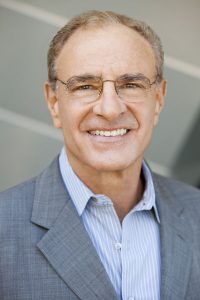 Michael P. Goodman, MD, FACOG, AAACS, NCMP, IF, CCD, has actively practiced in the field of women’s health and surgery since completing his training in Ob-Gyn at Stanford University and affiliated hospitals in 1972. Dr. Goodman was personally trained in advanced operative laparoscopy by Professor Kurt Semm in 1981, and was the senior author of the first U.S. series on advanced surgical laparoscopy in 1984. Along with Drs. Harry Reich and Camran Nezhat, Dr. Goodman was among the first surgeons to perform laparoscopic hysterectomy in 1983, and previously held one-on-one training courses in advanced operative laparoscopy (similar to his present training in genital plastics) in the 1980s.

Dr. Goodman’s practice in the late 80s and 1990s was focused on infertility and operative endoscopy, but in the 1990s he became interested and intimately involved in the fields of sexual medicine and menopausal medicine. He became one of the first U.S. Certified Menopause Practitioners in the mid-1990s and one of the first ISSWSH fellows in the field of Sexual Medicine several years later.

Dr. Goodman’s career in genital aesthetics began in the late 1990s (his first labiaplasty was in 1997). By 2005 he had performed more than 50 genital cosmetic procedures, becoming an Associate of the American Academy of Cosmetic Surgery in 2010. He began teaching training courses in the U.S. in 2009 and has trained surgeons for the European College of Aesthetic Medicine and Surgery (as Senior Faculty) and other U.S., South American, Asian and European Societies for several years. As of 2020, Dr. Goodamn has performed over 1000 female genital cosmetic surgical procedures. 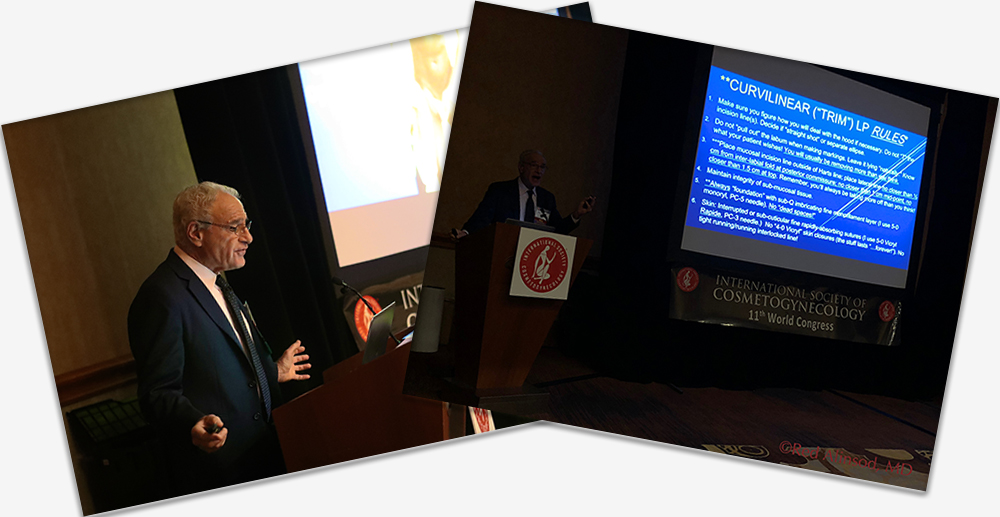 A sought-after faculty member and keynote speaker, he has lectured on four continents for diverse aesthetic and surgical organizations. He is both editor and a major contributor to the first medical textbook on genital plastics (“Female Genital Plastic and Cosmetic Surgery”, Wiley-Blackwell, 2016), has contributed textbook chapters for other books, and is the lead author for eight contributions to the first-line literature on genital aesthetics from 2007 to 2017.

In other fields, Dr. Goodman is the author of two popular consumer books on menopause, and has contributed to the literature in the fields of family-centered childbirth, menopausal medicine, advanced laparoscopic surgery, and risk management. He is in the private, independent, fee-for-service practice of integrative menopausal and sexual medicine, vulvar pain, and genital aesthetics in Davis, California, a college community (University of California) located 20 miles west of Sacramento in Northern California, USA. Dr. Goodman also holds an appointment as an Assistant Clinical Professor of Obstetrics and Gynecology, California Northstate University School of Medicine. 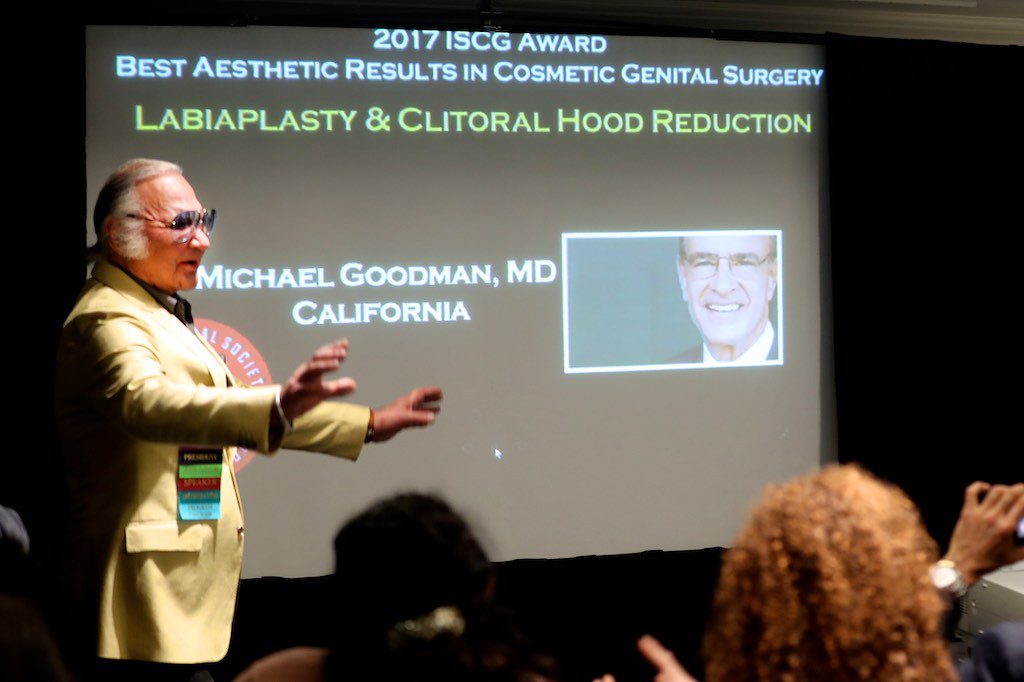 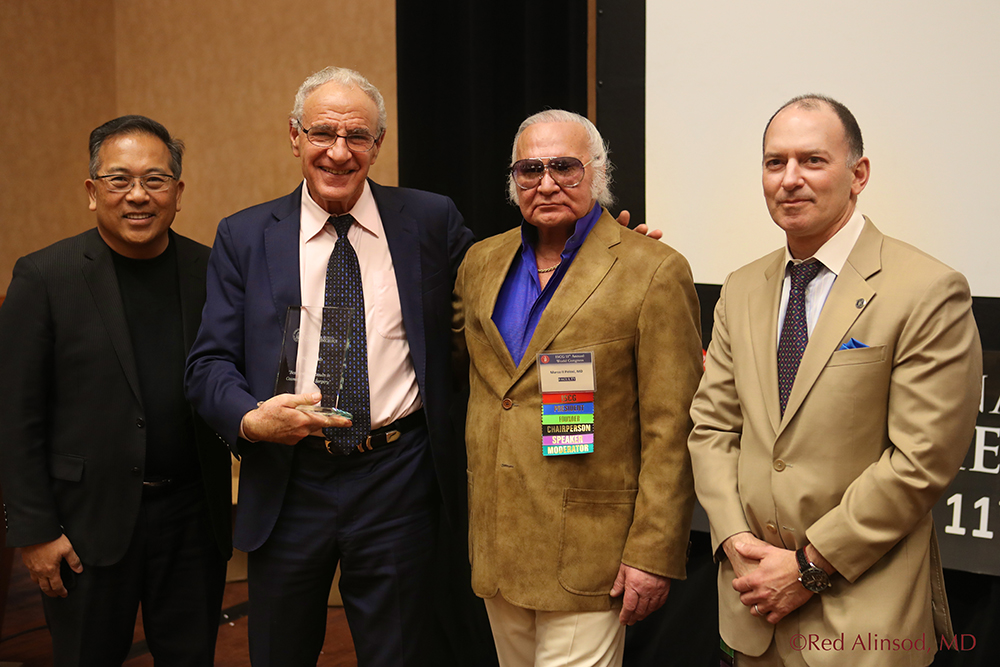 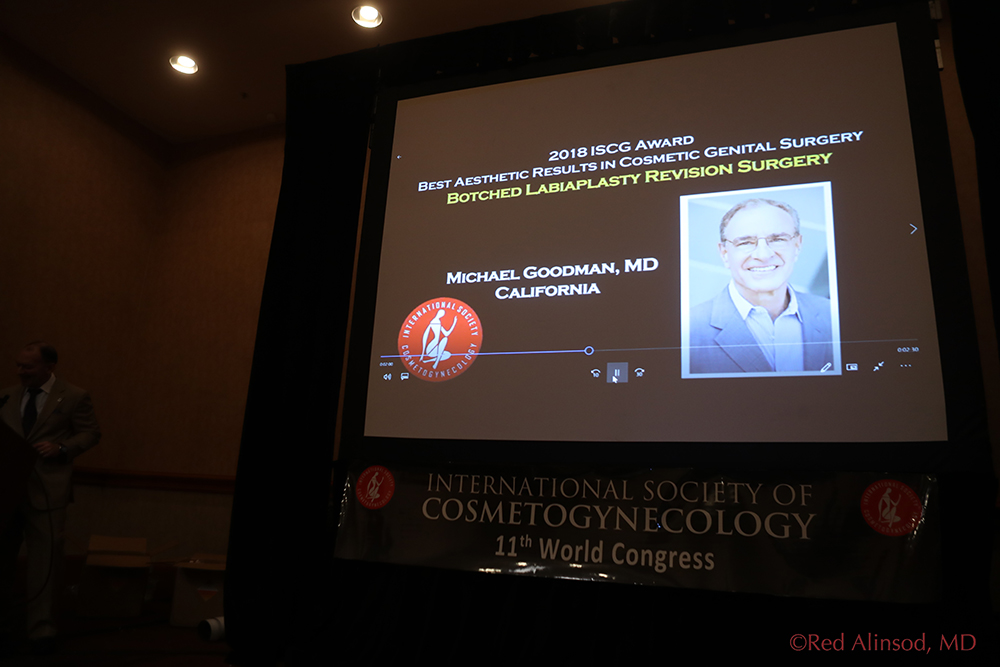 Relating to the field of genital plastics (Dr. Goodman has several other contributions to literature in other disciplines) 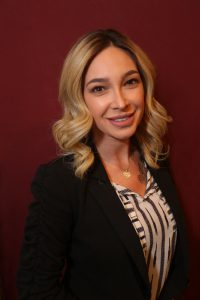 Nicole has worked with Dr. Goodman since 2002, beginning as a newly-trained medical assistant and rising through the ranks to her present role as Office Manager and Patient Care Coordinator, which she has held for the past 6 years. Nicole has spent hundreds of hours communicating with patients about genital plastic procedures (surgical and non-surgical), including fractional CO2 laser, RF, the O-Shot™ and other uses of PRP.

Nicole has personally undergone genital plastic surgery, and has either scrubbed or circulated on more than 600 procedures, making her an invaluable resource: there is no procedure that Dr. Goodman provides that she has not observed. She is smart, kind, informed and experienced, and is armed with pearls of wisdom involving patient selection and preparation, risk-avoidance, office personnel training, and more. She is Dr. Goodman’s right-hand woman and has always been an integral part of his training program.